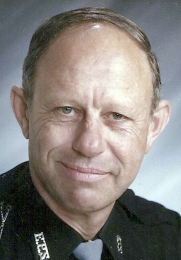 Allan R.  Villeneuve, 70, Ogontz, was called to his heavenly father on Thursday, April 1, 2010, (the day known as the day of laughter), which he will be remembered for, his hearty laugh which would always make a crowd smile.  Allan passed away at Harlingen Medical Center in Harlingen, Texas.

In 1962 he became employed with the city of Escanaba as a fireman and later as a public safety officer where he retired from after 32 years of service.

Allan always enjoyed the outdoors, whether it was hunting, fishing or taking care of his very productive garden or his fruit trees.

One of his treasures was a camp he built at the age of 19 on the Provo family homestead and with his wife Nancy, renovated the camp over the years to be their retirement home showcasing his skills as a carpenter.

He and Nancy spent their winters in San Benito, Texas, at the Fun and Sun RV Park.

Allan is survived by his wife of 47 years; three daughters, Mary Lee (Daniel) Barker, Jean Butler and Charlotte (James) Groleau; and five grandchildren (the apples of his eyes), Erin and Jordan Barker, Morgan, Christian and Clarissa Groleau.  He is further survived by two brothers, LeRoy (Kathy) and Dale (Sharon) Villeneuve; a sister-in-law, Joan Winters, who was present at his death; and many other relatives and countless friends.

He was preceded in death by his parents and grandparents.

A Mass of Christian Burial will be celebrated following visitation on Wednesday at 6 p.m. at St. Thomas the Apostle Church with Fr. Rick Courier officiating.

A luncheon will follow Mass in the parish hall and entombment will take place in the Gardens of Rest Cemetery.