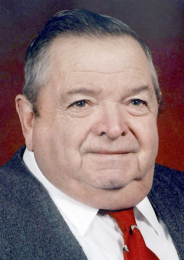 Gary was born July 24, 1937, in St. Jacques, the son of Omer and Florestine (Sabourin) Groleau.  Gary was the thirteenth child of sixteen siblings.  He was raised in St. Jacques and attended the F.W. Good School in Nahma.  On July 25, 1959, Gary married the former Marian Sundling, of Isabella, at the Bethany Lutheran Church, in Isabella.  Together Gary and Marian made their home, for many years, in Escanaba, where they raised their family on a small beef/hobby farm.  Marian passed away on December 21, 1993.

On May 27, 1995, Gary married Sandra (Therrien) Young and together they made their home in Flat Rock.  Gary was employed as a heating contractor for Thorton Heating, in Evanston, IL, until relocating back to Escanaba in 1972 where he owned and operated Groleau Heating and Air Conditioning until his retirement in 2004.

Gary was an active 4-H leader for many years.  In addition, Gary served from 1987 to 1992 on the Delta County Road Commission.  Gary was very passionate about animals, especially Hereford cattle, which he raised on his hobby farm.  Accordingly, Gary was very proud to be a lifetime member of the U. P. Hereford Breeders Association.  His hobbies included gardening, woodworking, hunting, camping, feeding his birds, playing cards, fishing and wintering in Arizona with his wife Sandra.

Family was very important to Gary and he especially enjoyed spending time with his grandchildren.

In addition to his loving wife Sandra, Gary is survived by:

Gary was preceded in death by:

his parents, Omer and Florestine

Gary’s family will receive friends on Friday, January 9, 2009 from 2:00PM to 6:00PM at the Skradski Funeral Home in Gladstone.  Funeral services celebrating the life of Gary P. Groleau will follow visitation, at 6:00PM, at the Skradski Funeral Home, with Deacon Rod Groleau officiating.  Luncheon will be served following funeral services at the Holy Family Catholic Church in Flat Rock.  Committal services will be conducted at Moss Lake Cemetery in the Spring.  The Skradski Family Funeral Homes of Delta County are assisting the Groleau family with arrangements.